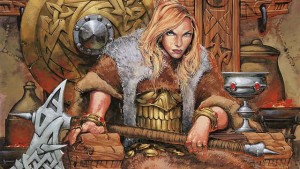 Hey everyone, welcome to my first article in my new digs! I’m going to be writing for Rain of Salt now, which gives me some room to expand from my usual /r/edh articles and format, so I hope y’all are as excited as I am! 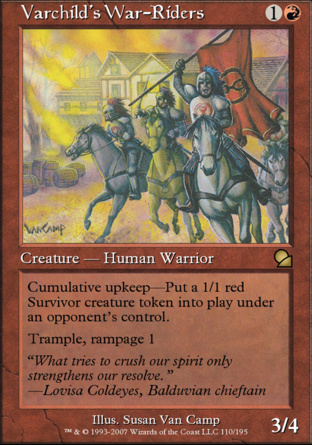 Varchild’s War-Riders. That is one heck of a card, so let’s top to bottom this one.

A 3/4 for 2 is one heck of a rate, but that’s more for non-40 life formats I imagine. It’s a warrior and a human, so we have some tribal synergies. Now, comes the fun part.

Now that’s what I like to see. A weird ability on a cool creature, that has the potential to get so strong it’s obscene. Now, we also have Trample and Rampage 1, but in all honesty I’m more interested in the top half of that card. Now, if you’re in Warrior tribal and are playing for those keywords be my guest but there’s sweet jank just oozing from that first couple lines of text.

I seem to be taking a liking to cards that work with “Hit everyone else” like Fumiko the Lowblood and Blazing Archon. So, on that note, how can we make the absolute most of this particular effect? There’s loads of ways, my favorite thought so far is Primal Vigor, making everyone make double the age counters worth of tokens, and the aforementioned guy on a freakin flying lion. Kick back, make some popcorn, and watch everyone bonk a bunch of 1/1s into eachother forever. Alternatively, if they decide not to attack, take advantage of the board of a million Survivors with reds good ol’ “I win the game” spell. 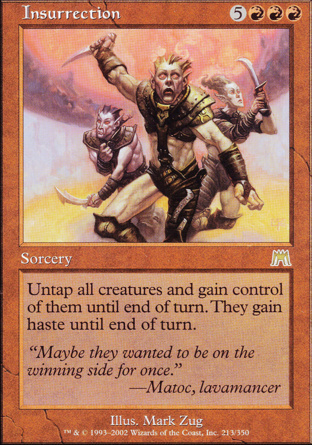 Now, what else can we do with loads of creatures entering the battlefield in green-red? Well, Essence Warden will do some serious work, as would Rampaging Ferocidon. If we look into Naya colors, we get Suture Priest, so there’s loads of ways to just win off the enters-the-battlefield triggers. Now, what about the weird stuff?

There are two big things to do with this, either make more of them and get loads more tokens under everyone else’s control, or get no tokens under anyone’s control while you get a solid 3/4. Now, the first one, easily done playing red-blue, Clone and clone and clone your War-Riders, and all of the sudden everyone is getting 8 or 9 tokens for each of your upkeeps. We also can, potentially, just stop it from doing this at any point using one of the most nifty artifacts I know. 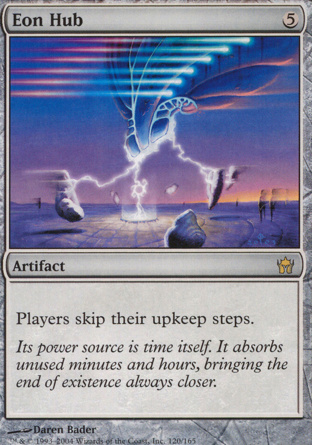 So, cumulative-upkeep tribal with Sheltering Ancient and Old Fogey can be a reality! But, if a deck relying on a singleton artifact in the 99 isn’t your shtick, we’ve got good ol’ Zedruu the Greathearted to donate your Riders, and make it so everyone else gets tokens, even you!

Finally, if we take the mode of “Give everyone but you a billion tokens” given to us by Primal Vigor, we can do something pretty nifty. Step one, make sure everyone has at least 5 or 6 tokens, in a 4 player game. Step two, Repercussion. Step three, Blasphemous Act, stacking triggers so everyone else dies before you. Nice!

So our flavor text belongs to Lovisa Coldeyes, the chieftain of the Balduvians. In the only other card with Varchild’s in the name, we have two different arts and flavor texts showing the conflict between Darien, King of Kjeldor and General Varchild, who does not have a card, but she had a direct conflict with the Balduvians, which is where our card comes from, creating survivors because the longer it survives, the more powerful the Balduvians become.

Well everyone, that’s my card for this week! I’m so excited to be a part of the Rain of Salt team and bring you more content than I could store on Reddit. Have fun creating deadly survivors, and I’ll most certainly see you all next week!