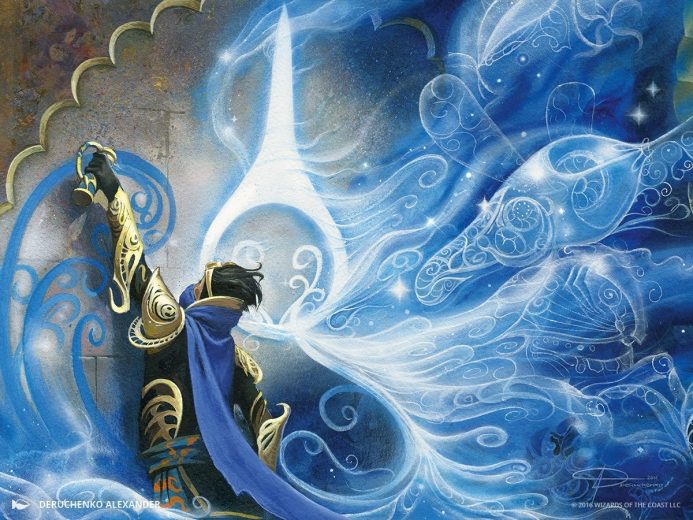 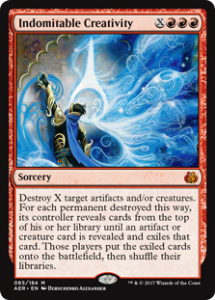 Hello and welcome again to the Jank Bank, where I take an interesting card or concept and try to make it work. This week I’m taking on Indomitable creativity, a card I was very excited for when it was first spoiled, it’s just begging for the right deck to take advantage of its powerful effect. I’m pleased to report that this decks comes in at a firm “Playable”.

The concept with this deck is to use noncreature nonartifact ways to generate tokens that we can then destroy with Indomitable Creativity to cheat into play our “Big Boy Cards”. If things are going well for us we can normally achieve this somewhere between turns 5 and 7, and until that point we’ll have a lot of tokens to chump block with. Generally we want to be hitting 5 mana before casting Indomitable creativity, I think that it’s a nice middleground between speed and impact. 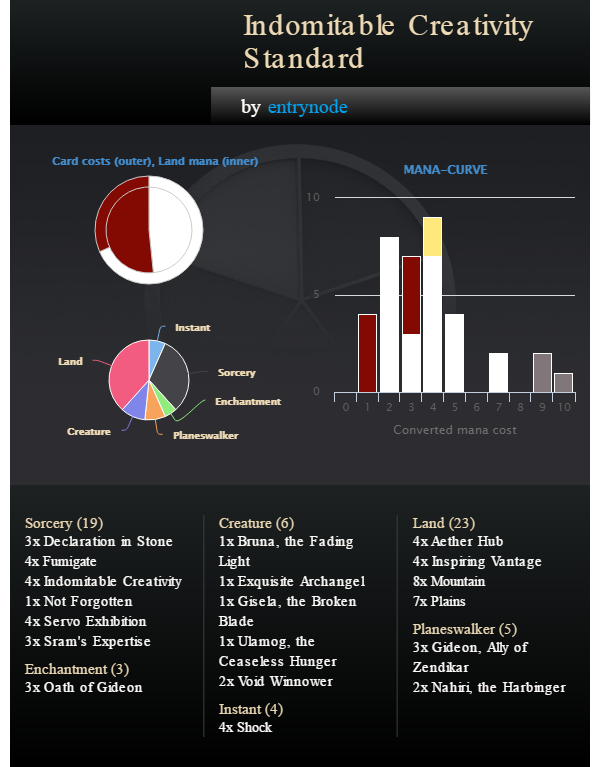 The first ingredient in today’s recipe is Tokens, we need to be able to generate tokens to then destroy with indomitable creativity, but more about the payoff later. Our main cards for doing this are going to be:

Servo Exhibition – very good for what we want it to do, we get multiple tokens for a cheap cost.

Oath of Gideon – Gives us dudes and synergistic with the Planeswalkers in our deck. 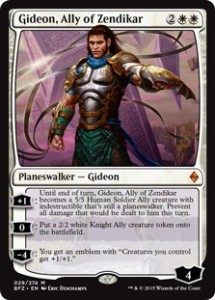 Gideon, Ally of Zendikar – Standard powerhouse, makes tokens, not much else to be said.

Sram’s Expertise – nets us multiple smallfries with the ability to get even more off of the free cast.

The plan is to play these one curve and have a very wide board, chances are we’re going to need to chump block a fair bit.

We also have a cheeky copy of Not Forgotten to help us recur our threats in a worst case scenario. 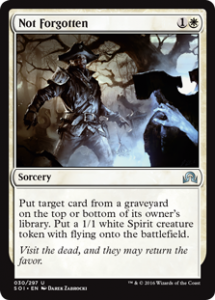 The second ingredient is time, we need to be able to survive long enough to extract value out of Indomitable creativity so for this we have some removal and a board wipe as a real “Panic Button” 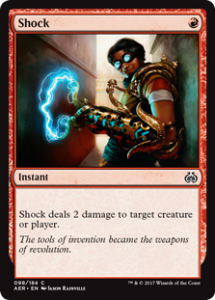 Declaration in Stone – Very powerful removal in the current standard.

Fumigate – We only really want to use this as a last resort, because it hurts our gameplan, we can come back from it though – works nicely with Ulamog.

The Third ingredient is a sprinkling of expensive, splashy cards, and ways to get them. Our main way is of course Indomitable Creativity, but we also have Nahiri, The Harbinger as a second way to cheat our creatures into play. Our targets are as follows: 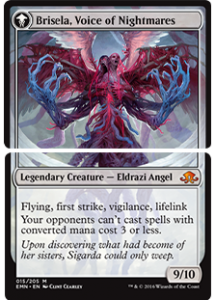 Gisela, The Broken Blade – Pretty efficient on her own but only really here for the possibility of Brisela.

Bruna, the Fading Light – Pretty inefficient on her own but only really here for the possibility of Brisela. 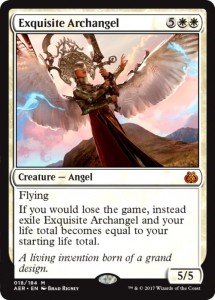 Exquisite Archangel – An interesting new card from Aether Revolt, she gives us a way to stay alive, and also smack in the air.

Void Winnower – I absolutely love this card, it makes things very awkward for our opponents and also packs a hefty punch.

Ulamog, the Ceaseless Hunger – How could I not include Ulamog, probably the best big eldrazi in standard (God rest Emrakul’s soul), we’re guaranteed to win after swinging 3 times with this, even if they do chump block.

This is a nice mix of big and powerful cards, with Void Winnower being there to just sort of weird things up for our opposition. Generally speaking, people are going to have trouble dealing with an early Ulamog, so if things play to our advantage then we’re effectively winning on turn 5/6. Additionally, the possibility of summoning Brisela, Voice of Nightmares is just too much of a draw to not include both Gisela and Bruna in this deck.

Overall this deck is pretty fun, and when it fires off it’s very hard for our opponents to come back, during testing I managed to turn 3 servo tokens into a Void Winnower and a Brisela, and realistically there’s no way for our opponent to deal with that efficiently, except for if they have fumigate but In the magical scenario in my head that’s not the case.

If anyone has any suggestions please let me know in the comments, I’d love to hear what you guys want to see next. Although I do have a little something planned for Pia’s Revolution Very soon