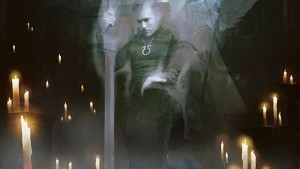 Hi all, Crazy here with a new set of articles called Casual Collective.

In this series I’ll be talking about all the little casual formats that have seen the light of day in the past, their good and bad points and my take on a deck that can thrive under the restrictions.

This week we’ll be talking about Tiny Leaders – A format sometimes referred to as “Legacy-Lite” that still maintains a small cult following in a few game stores and online.

This is one of the casual formats that demands you construct a deck specifically for it – the rules for deck construction are:

And that’s it – simple enough right? There are also some changes during the game though:

And that’s it, other than that it’s a pretty standard game of 1v1 magic. Oh right – this is a Duel format, it’ll sort of work in multiplayer but the rules are balanced with 1v1 in mind.

This, I feel, was one of the main reasons the format never took off in a way that it should have – as most tournaments were dominated by one of two archetypes. With most of the Swords of X and Y and Stoneforge Mystic being legal, a lot of people play White-based Voltron lists, usually having Kemba, Kha Regent or Geist of Saint Traft at the helm. However, people then also noticed that almost the entirety of a good Elves deck was in Tiny Leaders – as was Ezuri, Renegade Leader. And as such most of the decks you would come across were either Geist or Ezuri and the format ground to a halt.

However, this isn’t to say other deck archetypes were impossible, the meta I was in was fairly diverse, sporting – Among others – an Alesha stax deck, an Animar ramp deck and my own brew which I’ll be posting below – Kuon, Ogre Ascendant Control.

This is a deck I’ve always been fairly proud of. In a metagame with literally 5 Geist or Kemba lists out of about 10 of us this deck takes apart voltron strategies like nothing else and doesn’t have a terrible time against most other strategies either – Allow me to introduce you to Kuon, Ogre Ascendant.

Slightly more serious – Ensure your opponent never gets the chance to establish a creature-based board presence while grinding the game to the point where you can cast one of the win-conditions – This deck wins via concede more often than not when your opponent realises they’ve got nothing left.

Sadistic Sacrament – The card that inspired the deck, you see I originally built this because Tiny Leaders was overtaking Commander at our shop so I built a deck that used a 10-mana win condition just to flaunt the rules. But in a format with only 50 cards to begin with stripping the 15 best cards that are left in their deck will usually leave them with a pile of land.

Bitter Ordeal – Similar to above, though more often used earlier after a boardwipe just to strip a few of their key pieces.

Bloodchief Ascension – One of the more “legitimate” win-conditions, once this is active Kuon and all of your other removal spells just cause your opponent to haemorrhage life while you sit there and laugh.

Flesh Carver – It’s an incredible value card but it’s the only really creature-based win condition in the deck, just sacrifice a bunch of tokens to him and start swinging for 10 Intimidate a turn.

You may have noticed that all of these are either situational or hilariously expensive. Well that’s why we’re a control deck no?

Fleshbag Marauder, Merciless Executioner – These guys are the same card. In a Voltron-Heavy meta this is 3 mana to remove their voltron target – We use “Edict” effects in this deck over traditional removal a lot of the time because the first thing they give their Voltron target is almost always either Hexproof or whichever Sword says “Protection from opponent”.

Gatekeeper of Malakir – Almost the same as above, but is fully one-sided so your board stays intact

Abyssal Gatekeeper – This allows you to squeeze a lot of value out of a block. It’s also probably the best way to flip Kuon, since Gatekeeper dies to blocking and then you and your opponent sacrifice a creature each – Totalling the three deaths you need to flip.

Chainer’s Edict – A very simple but effective card, kills a thing now and flashes back later to kill another thing.

Geth’s Verdict – Another simple but effective card, I try to save this one for if my opponent has played some pesky Lightning Greaves so they still don’t get to attack.

Devour Flesh – Another Instant-Speed edict for stopping haste shenanigans but with a slight downside. Of course, Sadistic Sacrament cares not for your life total.

Dismember – Some more traditional removal, but very efficient, being 1 mana to remove most threats in Tiny Leaders, including the elf lords that Ezuri could otherwise regenerate.

Black Sun’s Zenith – The best boardwipe we can run. Destroys Ezuri due to them being unable to regenerate and everything else just because. The shuffling back in is also very much an upside when we’re looking to make the game go long, you’ll probably draw this twice.

Profane Command – This card does pretty much everything, it can kill your opponent, one of their creatures or just bring back one of yours. Oh wait sorry – Pick two of those. It’s crazy in this format.

So there’s the bread and butter of the plan, without these cards you won’t get very far in the game. However we do have a lot of other cards that let us grab some extra value from our “Symmetrical” effects that are always 100% fair.

Blood Artist – Turns your boardwipes and chump blocks into pain as well as making stalling via Kuon a pretty legitimate threat.

Dark Confidant – This card is basically great in any deck, especially in a format where the most life you stand to lose is three.

Ebonblade Reaper – One of two morphs in the deck, you never want to attack with this face up – Instead you flip it mid-assault to half your opponent’s life total and then sacrifice it for value later.

Grim Haruspex – The other morph. Nets you a lot of value from your boardwipes and their removal.

Mardu Strike Leader – It’s a token producer, keeps us ahead on board so when something like Fleshbag Marauder lands it’s better for us than for them.

Mortician Beetle – It’s usually killed before it can become an unmanageable threat but the fact it has the potential to do so makes this insane for a one-drop.

Ophiomancer – Like Mardu Strike Leader, keeps us ahead on board so we can do what we have to to keep their board clear.

Pawn of Ulamog – See above, but does it after we’ve sacrificed something. The real benefit is that it also acts as ramp to get us to 10.

Reassembling Skeleton – Here to die, because it keeps coming back to sacrifice over and over again.

Damnable Pact – Staying ahead on board is all well and good but this helps us stay ahead in hands too.

Lab Rats – A reusable, if expensive, way to make tokens and keep ahead on board even if you’re bricking into nothing but lands.

Bitterblossom – Oh if enchantments could be commanders… This is probably the best card in the deck, letting us abuse all of our symmetrical sacrifice cards for days, and when we’re looking to get aggressive it gives us a small army of flyers.

Quest for the Gravelord – In a format of weenies a 5/5 is actually a pretty legitimate threat for a while, and getting three things to die isn’t hugely difficult for Mono-Black control.

Imp’s Mischief – So the main reason we play this is to redirect those pesky counterspells away from our Sacrament but it’s also very useful just to turn a key piece of removal elsewhere.

Arcane Lighthouse – For when Dismember or Profane Command really needs to hit something because they’ve gone wide.

Bojuka Bog – There was an Athreos deck in our meta that I kept this for but it was also pretty good at disrupting anyone trying to use flashback spells or trying to retrieve the enchantments that were attached to the creatures I kept killing.

Nykthos, Shrine to Nyx – For speeding to 10. Kuon by himself makes this break even so if you’re having trouble flipping him he still makes for great ramp.

Piranha Marsh – Very much a meta call. One of our players loved to play Angel’s Grace then boardwipe the next turn.

Rogue’s Passage – Entirely for forcing through creatures like Ebonblade Reaper and Flesh Carver in case the other plans had been disrupted and I needed to be the beatdown.

And that was the deck – It took down quite a lot of tiny leaders events in my area but it could certainly be improved – Cabal Coffers, Urborg, Tomb of Yawgmoth and Liliana of the Veil immediately come to mind.

I feel like this format died before it’s time, especially with some of the cards Wizards are throwing it’s way now like Leovold, Emissary of Trest. I for one would not be unhappy to see it make some sort of comeback but I do think the banlist might need a critical eye to weaken some of the dominant decks in the meta.