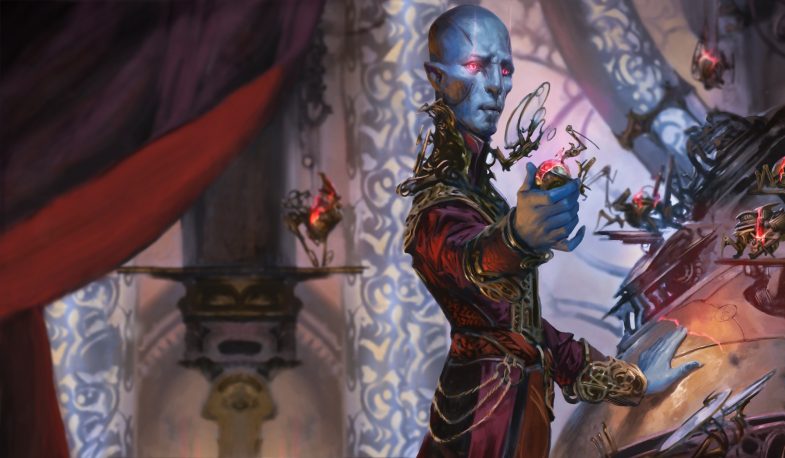 Hello there, and welcome to the first installment of Budget Brawl, with brawl starting to take hold in some local stores you EDH players might be itching to put a budget deck together to see what the fuss is all about, so for this week’s budget brew we’re building Dovin Baan for $40. 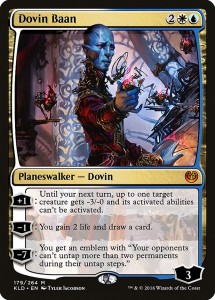 Why Dovin? I can hear you all asking, he failed to do anything in Standard, Modern, Vintage, Legacy, Extended, Frontier,  Tiny Leaders (rip), and of course Commander, but despite his bad track record I think he could have a short career in Brawl, just by virtue of being a static orb  sitting in the command zone. 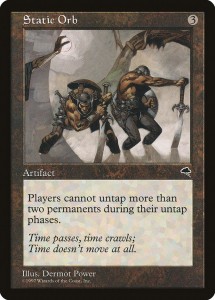 In Commander I primarily play Oloro stax, because magic is a zero-sum game and all the fun belongs to me. To make the jump to brawl as seamless as possible it seemed like a good idea to try and recreate this experience as closely as possible given the constraints. The aim of this deck is to stall out the game, slowly lock your opponent out, and then used the advantage gained from Dovin’s -7 ability to close out the game. Obviously WOTC isn’t insane so there aren’t many good stax pieces that are Brawl legal, but we have to at least try and make do. So let’s get into it.

No, you can’t do that 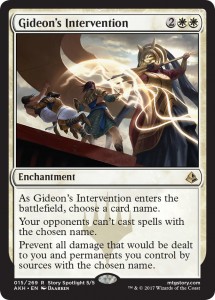 These pieces largely contribute to giving our opponent a hard time hurting us.

Authority of the Consuls – Slows down any aggro decks very effectively, and prevents hasty creatures from being any use

Silent Gravestone – Prevents graveyard decks from having a change, most notably it stops Scarab God.

Ashes of the Abhorrent – Stops any Eternalize decks from getting off the ground, and also has the added bonus of making our board wipes heal us.

Baird, Steward of Argive – Getting hit by creatures is generally bad for our gameplan, and unlike similar cards like Propaganda Baird stops creatures from attacking our planeswalkers too.

Ixalan’s Binding – This is also primarily to prevent our opponent from casting their commander.

Protection of the Hekma – To shut down any mass token decks, for example Locust God will have a very hard time against this.

No, you can’t keep that 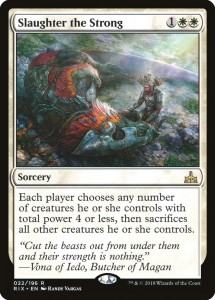 Removal and Wipes help us stay in the game for longer, we want that so that we can ult Dovin and not lose.

Seal Away – Some really strong white removal, mana efficient and hits a lot of targets.

Commit // Memory – This handles both spells on the stack and permanents on the board, it’s versatile just as the first card Commit. Memory lets us dig for answers and shuffle away any threats we may know are in our opponent’s hand or library, like Approach of the Second Sun for example.

Forsake the Worldly – We can remove anything troublesome forever or draw a card, either way works.

Slaughter the Strong – We don’t have many creatures, and even then they’re all fairly small, this wipe is the perfect counter to a big stompy deck like [[Ghalta]].

Dusk // Dawn – Most of our creatures also escape this particular wipe, which is also very effective against stompy decks. Dawn gives us some nice recursion, in case we have to throw anyone under the bus.

Settle the Wreckage – A great wipe that also has the added benefit of being a strong political piece in a multiplayer game, holding up this card as a form of deterrence could be very effective.

Baral’s Expertise – This card is valuetown, it let’s us shaft our opponents and cast another spell for free. 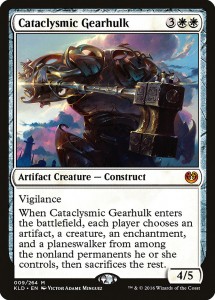 Cataclysmic Gearhulk – This is possibly the single most unloved gearhulk from Kaladesh, failing to really do anything in any formats, but here it’s a very strong board wipe in a deck that apparently doesn’t have enough.

Fumigate – Kill everything and gain life, this is absolutely the kind of effect we need in a long drawn out game.

Hour of Revelation – Everything needs to die, this card does that job, it’s a fantastic emergency out only effectively costing 3 mana most of the time.

Urza’s Ruinous Blast – Sometimes just destroying everything isn’t enough, so we need to exile it all instead. This wipe doesn’t hit our commander and a number of our key creatures, so it’s pretty good here.

No, you can’t resolve that 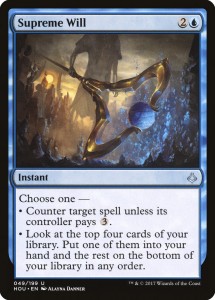 It’s always a bit of a drag when our opponent manages to resolve a spell, so these counterspells are to prevent that.

Siren Stormtamer – a very mana efficient way of discouraging removal on our creatures, which also has a body and evasion? Yes please.

Baral, Chief of Compliance – The cost reduction coupled with the looting ability make Baral a powerhouse in any control deck.

Supreme Will – [[Anticipate]] is one of my all-time favorite cards, and so the ability to choose between it and [[Mana Leak]] is too good to resist.

Wizard’s Retort It’s [[Counterspell]] Most of the time. 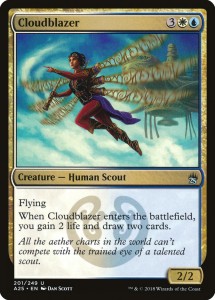 We Need to draw into our control pieces to stay in the game.

Pull from Tomorrow – This card lets us draw an assload of cards at the end of our opponent’s turn later in the game, very useful if we are about to run out of gas.

Champion of Wits – Good early in the game and comes back again later in the game. 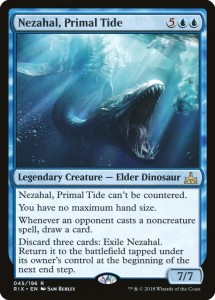 And finally these are our win conditions

Oath of Teferi – Helps us to get down the Dovin Ult just that little bit quicker.

Approach of the second sun – The card has “You win the game” printed on it, that is how we will win the game with this card.

If you want to hoard all of the fun, perhaps you should consider trying to run Dovin Baan in Brawl, I know I’ll certainly be trying to introduce the local scene to Static Orb.