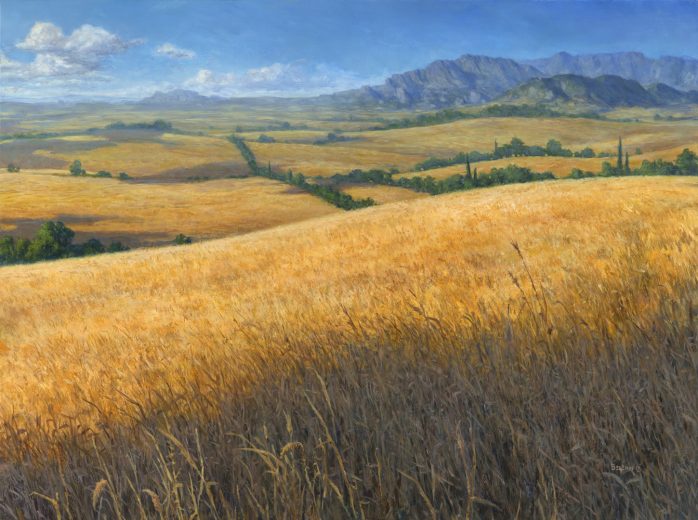 Hey everyone it’s been a time! But, I’m back with quite the card to show you all, something I didn’t think much of when I looked at it, but after some thought it’s actually a lot cooler than I thought at first. “Lands you control are Plains.

Nonland permanents you control are white. The same is true for spells you control and nonland cards you own that aren’t on the battlefield.

This. Is. Complicated. “Lands you control are Plains” is simple enough, kinda like a one-sided Blood Moon for a different kind of land type. Not particularly interesting without the rest of the card.

All your stuff being white is fun. There’s no inherent upside, really, without Staff of the Sun Magus or others.

That last bit is nifty, and it breaks the issue of “All your lands are plains”, making them all tap for whatever color you need for your stuff. Kinda lame in mono-white, but it gets cooler as you add colors to your deck.

This, obviously, does fun stuff with decks playing more than like 2 colors and are in white, since it lets you get all your stuff for just your white mana, essentially making all your lands Command Towers. But, it does also have some nice plains-based synergies a la Urborg, Tomb of Yawgmoth, where you get all the all-plains stuff to get really big, such as Charge Across the Araba.

This also lets you break the mana doublers meant for mono-color decks and make them 5-color, Caged Sun and Gauntlet of Power. Mostly, the obvious plays are mana doubling or mana fixing, but boy oh boy is there more to this mess.

This card has some powerful stax or color-hosing effects built into it, interestingly enough. By manipulating some layers, you can make everyone else’s things one color, whilst turning yours white, and then hating all their stuff out of the game. For example, Shimmer and Blood Moon, first play the moon and make everything mountains, preferably with Chromatic Lantern or mana rocks, so you can then cast Shimmer naming Mountain, then play Celestial Dawn. Now, your opponents all have mountains that phase out, whilst you’ve got plains that let you cast any colors you want.

Now, this could just be Jeskai, but then let’s kick it up a notch to 5 color, play Darkest Hour before your Dawn, then play Elephant Grass or Reclamation, keeping yourself nice and protected, especially when their lands are phased out!

Finally, this has some real synergy with all the “Play other peoples’ decks” that make you pay the colored mana, such as Sen Triplets or Shared Fate, since this lets you use white mana as if it were any color, which means not only do you get infinite color fixing, but you get it for everything your opponents are playing too!

This card has no real story significance that I can find, but it does have some out-of-world story related to players at the time of its release. The card was called “Bleach”, since it turned everything white when it hit the board, meaning that anything was on the table for the Dawn player, from Lightning Bolt to Counterspell to Murder, things White normally wouldn’t get a hold of, without some work such as Mana Tithe

Well y’all there it is! This card is pretty sweet, it’s not the most broken thing ever but I definitely feel myself building Jeskai Enchantress with this in it at some point relatively soon, especially if I can snag myself a copy of Blood Moon or Magus of the Moon. Hope y’all enjoyed, I’ll see you in the next one!