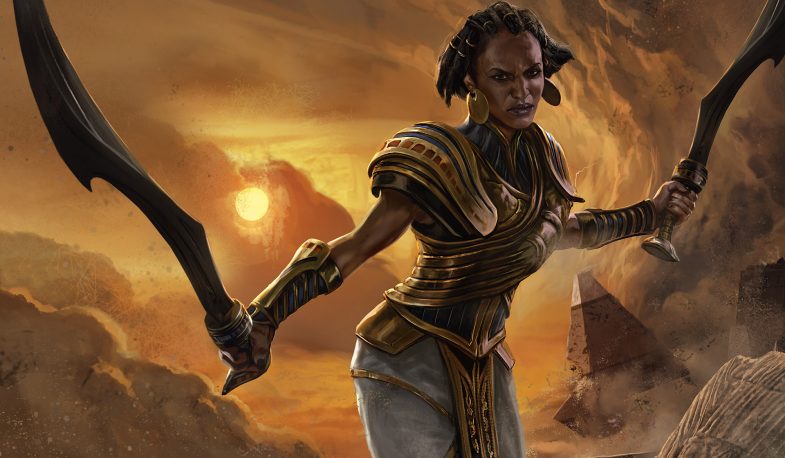 Hey guys, it’s Yami, and today I’m going to be doing something I haven’t done in a while; a deck tech article! This week, we’re going to be taking a look at a deck I have been playing with for a while, that was slightly inspired by my Riku, of Two Reflections deck (my deck tech is Right here!), along with my goal of building a commander that wasn’t played all over the place, or regarded as tier-1. So I decided to build Samut, Voice of Dissent, and I decided to use modern Kiki-Chord as a starting point! 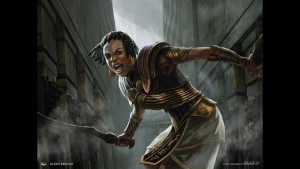 As I have already mentioned, I wanted someone a little bit different, that wasn’t being used all over the shop. Samut fit that bill, and also allowed me to use Naya colours (giving me a decent chunk of Twin/Kiki option without having to use blue, and also differentiating it from Riku deck a fair bit!). In addition to this, Samut is a powerful creature in her own right, with flash enabling you to drop her in at any time, double strike, haste and vigilance making her a powerful attacker and blocker, her ability to untap other creatures sometimes working to help you combo off, and of course the fact that she gives all your other creatures haste, enabling you to attack immediately with all the token creatures you can make with Splinter Twin! 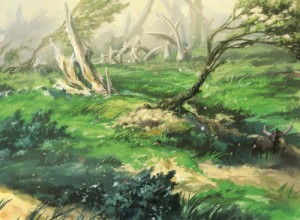 So, let’s start off with the land base. I wanted this deck to be fairly competitive within the constraints of our play group (and also my budget!) so there isn’t a full suite of dual lands and Zendikar fetches, but there are some Tarkir ones! Fetch lands are always brilliant, allowing you to find whatever colours you need, whilst also thinning out your deck, and they work wonders with a suite of on colour shock lands! In turn, the shock lands compliment check lands such as Clifftop Retreat, Rootbound Crag and Sunpetal Grove for more untapped dual colour lands. Realistically, with this being a combo deck, I want access to as many of my colours untapped as soon as possible! 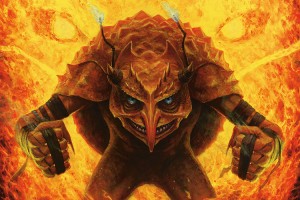 Now here is a section! The creature count in this deck is quite high (34!) However, that is because there are so many good creatures! Combat Celebrant, Great Oak Guardian, Midnight Guard, Sparring Mummy, Village-Bell Ringer and Zealous Conscripts all go infinite with Kiki-Jiki, Mirror Breaker and/or Splinter Twin. Restoration Angel and Felidar Guardian generate infinite etb’s to generate infinite damage with Impact Tremors and Purphoros, God of the Forge, as well as Karmic Guide and Reveillark, which combined with Goblin Bombardment also gives infinite sacrifices! On top of all this, Soul Warden can jump in and give you infinite life if for some reason, you can’t just win with all those creature etb’s!

In addition to the many combo pieces in the creature list, there are mana dorks such as Avacyn’s Pilgrim and Birds of Paradise, and also utility creatures such as Aven Mindcensor to stop your opponents being able to tutor an answer to your combo, Archangel Avacyn to protect your infinite creatures from being destroyed, Mother of Runes to protect individual combo pieces, and Dragonlord Dromoka to stop your opponents from countering your combo! 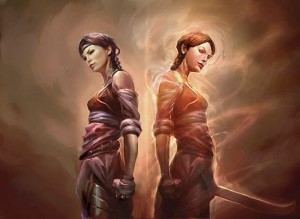 This is a small, but extremely important list! All four of the enchantments in this deck are part of infinite combos. Impact Tremors and Goblin Bombardment have already been mention, as has Splinter Twin, but in addition to these, I also added Presence of Gond, another way for Midnight Guard to create infinite creatures! 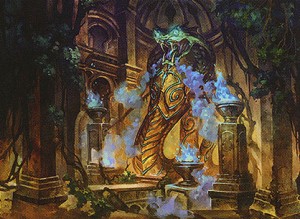 This is mostly a fairly straight forward artifact suite, featuring mana rocks to accelerate the deck, but of note is Altar of the brood, a way to have those infinite creature etb’s get around around damage prevention/life loss, and Birthing Pod, which of course can be used to tutor up combo piece creatures to win you the game! 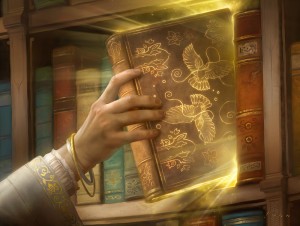 Many of these cards are included to stop your opponents winning before you do! Wrath of God is a fine board wipe, as most of the creatures you want on the board, will be played as you’re about to win anyway, same principle being applied to Fracturing Gust for your enchantments. As well as the various pieces of removal, the deck houses a multitude of tutor cards, with Enlightened Tutor finding multiple win cons, Open the Armory finding Splinter Twin, Traverse the Ulvenwald finding any of your creatures assuming delirium, and Eldritch Evolution doing the same assuming a sacrifice (hint, you can sac Samut to find Kiki!) 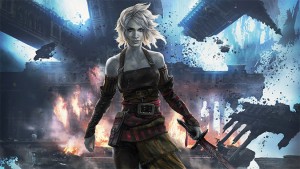 Now how could I possibly leave out two of my favourite walkers when they’re on colour! Chandra, Torch of Defiance is a great card, helping you generate mana to combo off faster, helping you soft through your library to find your combo pieces, and even being a source of removal! Nahiri, the Harbinger does a very similar job, but with the added bonus that should you get to use her -8, you can instantly find Kiki-Jiki, Mirror Breaker (or any other combo creature) and probably win on the spot!

So in case you hadn’t already guessed it, the game plan here is to win with a combo really fast. There are so many combo pieces in this deck that interchange with each other, that it often isn’t hard to get one in your opening hand (you might even want to mulligan for one)  and the first one you find is probably going to shape how you play the game, as you’ll want to find a card that it goes infinite with asap! Of course, whilst you’re trying to find your combo pieces, you want to be getting some mana dorks and utility creatures on board to keep yourself alive and disrupt your opponents, and if the game goes on a while, maybe even just alpha out a player with combat damage!

So there we go, a look at my Samut combo list! This deck is very fun to play, and Samut is a surprisingly fun and versatile commander. I highly recommend her for people that want to try a combo deck with a slightly different commander to the norm! If anyone has any questions, or any tips for combo pieces I might have missed, feel free to let me know in the comments! But for now, it’s bye from Yami!