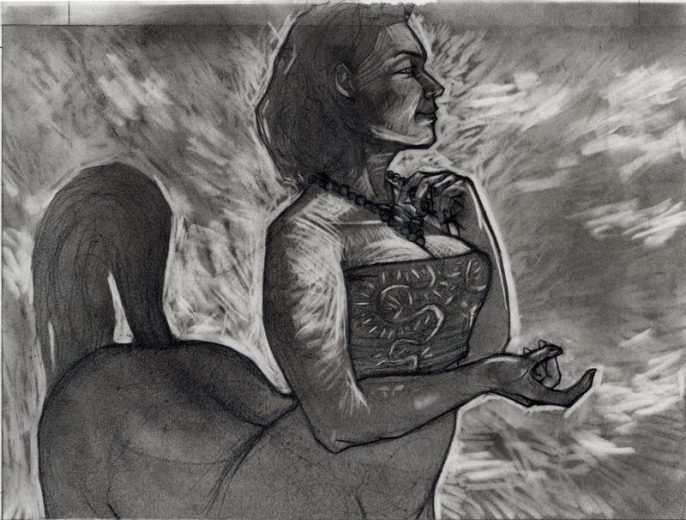 Hey there everyone! Got a really nifty card for you this week, finally breaking away from my combat and token streak I’ve been on. This time, I’ve got a mana rock for you, so let’s get right into it! 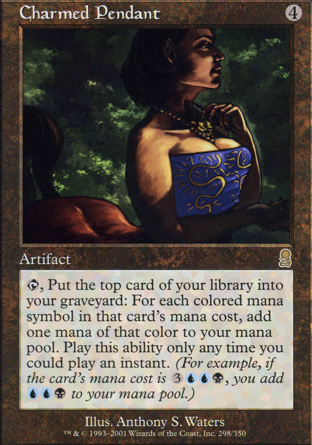 So this one’s a bit weird, but the gist is you mill the top card of your library, and any mana symbols in the card’s mana cost are added to your mana pool. So, say Spinal Embrace, much like the example in the reminder text, you would get two blue and one black mana, whilst simultaneously milling a card. Is there anything we can do with this?

Now this very obviously works well in a devotion style deck, so let’s theorycraft a little bit. Say, we’re building someone like Nylea, we have a lot of options for crazy mana costs, like the classic Khalni Hydra, so we either get an 8/8 for a bunch of green mana, or we get 8 green mana with which to cast a whole lot of one and two drops. This is made even better, because green gets one of the best topdeck manipulation cards I can think of other than Sensei’s Divining Top; So, mono-green devotion is a big one. But, let’s say we break into some more interesting ground with Kruphix, who poses some very interesting options as well in things like Overbeing of Myth, even if we can’t spend all our mana we get to keep it all around!

Storm. Allow me to explain; This guy screams to me some crazy shenanigans, especially with our feature mana rock. Past in Flames is one of my favorite cards in Magic, so we play a rainbow self-mill deck, dumping all sorts of combo pieces and big colorful spells into our graveyard with our Pendant and getting more mana, casting Momentary Blinks from our graveyard to keep making mana with Ramos, finally casting Tendrils with a storm count of approximately a million, especially if we have the best card that never got banned Paradox Engine!

Now, this could also just be played for value in a self-mill deck like Tasigur, or even a mono-black deck looking to win with the absolutely well known Umbra Stalker.

I am not entirely sure, we are shown a centaur with a probably larger than needed bust, wearing some nifty purple and gold top, and holding the pendant that is supposedly charmed, but this has no indication of the milling or anything at all. It is not a major player, from what I can gather, though I have not read the novel associated with the Odyssey set, so I could be wrong in that.

Thanks all for reading, I’m a fan of weird mana producers so there may be an article soon by me about weird mana dorks and weird Rampant Growths, so look forward to that if you’re a fan of my stuff! See y’all!