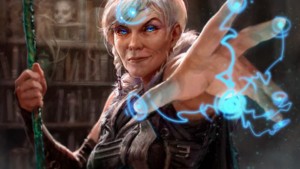 Welcome, one and all, to a very special, fun little article! Long time readers may remember the very first article on this blog, a story that inspired the very name of this blog, our Commander Story. Well it’s been a long time, but Commander Story time is back, after some questionable but ultimately hilarious plays by myself, Yami, and the resulting reactions from Crazy, and the rest of the gang!

So sit back, and let me set the scene… 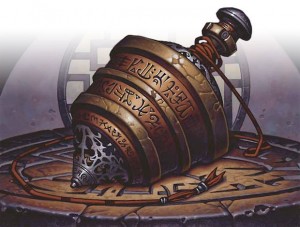 It was the first time in a while that all four of us had been able to get together and play some quality edh (Crazy, Unmistakable, Doctor Jank, and myself) so we headed down to one of our local game stores for a day of magic! Whilst there, another player we are friendly with joined us, and we sat down for a five player game. Our friend was playing Mairsil, the Pretender, Unmistakable was on the Scarab God hype, the good Doctor had chosen Rashmi, Eternities Crafter,  Crazy was using Omnath, Locus of Rage and I had gone for Riku, of Two Reflections.

Now it should be known that Crazy and myself have known each other a long time, and we have a lot of history; with this, comes the factor that I often make what Doctor Jank refers too as ‘sub-optimal plays’ for the fun of seeing Crazy’s reactions (The term ‘in response, anticipate’ may as well be my catchphrase at this point!) and it’s one of these plays that brings us to the story at hand. I was sat with a small board of land, mana rocks, a couple of elf-dorks, and a Sensei’s Divining Top, whilst Crazy, to my left, had a Spellbreaker Behemoth out, a great card in his Omnath deck as it makes his creatures un-counterable! Normally, I would let this slide, I’m playing a Kiki-Jiki, Mirror Breaker combo deck so all I really need to do is combo off before I hit zero life, no problem. However, upon casting Omnath, Locust of Rage, Crazy uttered the words “And it can’t be countered”. My time had come. I looked at my hand, down at my field, and across to Crazy. As the words ‘In response’ left my mouth, he glanced at me. I believe he was simply expecting me to top in response. What came next, nobody could’ve anticipated….

I paid 1 mana to activate the top’s ability, but held priority, casting Impulse first. I already knew what the top 3 cards of my library were, so I impulsed to get rid of them, thus giving myself further card knowledge when the top ability resolved. The Impulse was effectively a whiff, and the top gave me no answers, but I wasn’t finished. I paid 2 life to cast Noxious Revival, and smiled at Crazy, as I took Chain of Vapor from my graveyard, and placed it atop my library. I tapped Sensei’s Divining Top, allowing me to draw the Chain of Vapor and place the top in its place. Crazy knew what was coming next. I paid that blue mana to bounce Spellbreaker Behemoth too his hand, but alas I wasn’t finished. You hadn’t forgotten Omnath had you? With the Spellbreaker out of the way, I was free to tap my final 3 mana to cast Hinder, countering Omnath and leaving Crazy with an empty board. He looked at me, stunned and confused, as the rest of the table burst into laughter. After a moment of pause, he simply said ‘You 5 for 2’d yourself, why?’ and I replied ‘It was worth it. Plus, you said it couldn’t be countered, and I couldn’t let you have that…’ 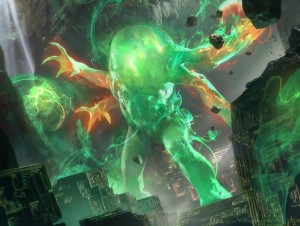 This play was one of the most fun things I’ve done in a while, and it captured what I love about magic; long, complex plays with ridiculous results, however it wasn’t purely for the reaction. Crazy’s Omnath deck is formidable if you let it get out of hand, as a combo player with few blockers to spare, I couldn’t risk the chance that he might use Omnath to kill me first, before I could win. As a result of stopping Omnath, a few turns later I was in fact able to pull off my combo and achieve victory, something I may not have been able to do had I not countered Omnath, and also worked through the cards I did with Impulse and Top.

I’d also like to think that plays like this remind us what magic is all about. At it’s core, it’s a fun game, to get people together, socialise, and enjoy themselves. So head down to your lgs when you can and get some fun games in, and maybe you’ll end up with some wonderful stories like these too, that you could share with us!

Thanks for reading, I hope you enjoyed the article! Yami.