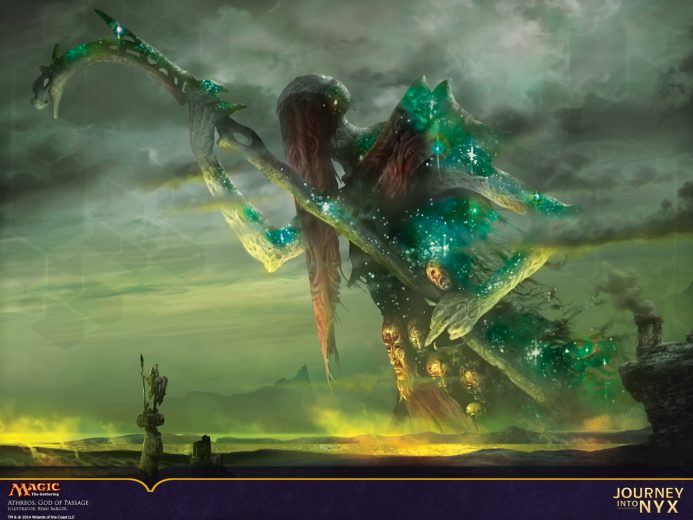 Welcome, one and all, to another edition of Slice of (colour) Pie! This week we’ll be taking a look at the colour combination of Black/White, also known as Orzhov!

Strengths, and playing to them 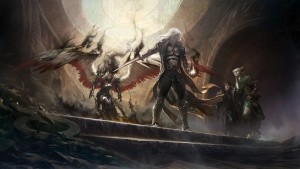 Black/White is the premium in creature removal. Everything from Path to Exile and Swords to Plowshares, to Murder and Hero’s Downfall, with Mortify in the middle. This gives you the ability to consistently remove creature based threats from your opponents boards, and on occasion also enchantments (again see Mortify). Cards such as Anguished Unmaking and Utter End go even further, allowing you to exile threats from your opponents board to make sure they never come back. In addition to this, black/white has access to the extort key word, allowing you to both gain life, and take it away from your opponents. This can help lead to some powerful life drain builds, including cards like Debt to the Deathless, and the combo of Sanguine Bond and Exquisite Blood. A great card that also has extort is Crypt Ghast, a creature that adds a black mana to your pool whenever you tap a swamp for mana (ramp without green!). Another great life drain card is Blood Artist, especially if you decide to go for a more token based build, perhaps headed up by Daxos the Returned or Teysa, Orzhov Scion! 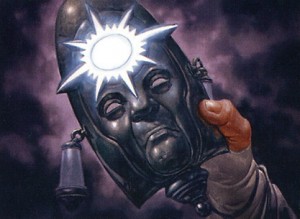 Whilst packing some premium removal, black/white doesn’t have much to deal with artifacts! It has some great options in cards such as Return to Dust, but the high costs of these options make them cumbersome (and in most cases, cause a splash In the direction of green or red). In addition to this, the lack of green greatly decreases the amount of ramp you have (Unless you want to use Vampiric Tutor to find a land! Have done it, not proud. -Unmistakable). Furthermore, whilst tokens is a viable option, orzhov doesn’t have a great deal in the way of big creatures, and even if it did, it has virtually no way of drawing cards without sacrificing some of your own life (Sign in Blood, Night’s Whisper). 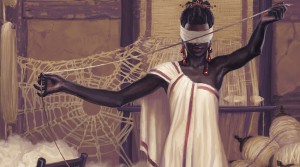 Nows the bit where we take a look at a few cards you could build around, and a few you should definitely be including in the decks you build! Lets dive straight in!

Karlov of the Ghost Council– Life gain commander voltron with removal stapled on? For 2 mana? I’ve seen Dr Jank get this guy out of control real fast! He works fantastically with incidental lifegain such as Path of Bravery, as is an aggressive threat with little downside.

Tymna the Weaver– This gal has become extremely popular recently due to her partner clause. I’ve seen her teaming up Thrasios at the head of Doomsday decks, and with the recent unbanning on Protean Hulk, Hulkweaver lists too! Although she doesn’t have to be used competitively, her lifelink coupled with her card draw ability make her great anywhere!

Athreos, God of Passage– So to start, this guy is indestructible, which in itself is great. However, the really cool thing is that every time one of your creatures dies, you get it back if someone else doesn’t lose 3 life! I’ve seen him lead Shadowborn Apostle builds due to his sticky presence, allowing for killer combo win cons to be set up with Razaketh, the Foulblooded, or Rune-Scarred Demon!

Teysa, Orzhov Scion– Teysa is cool if you want to build a token deck because she replaces your dead creatures, but also doubles up as a removal spell that synergises with her token ability! She also goes infinite with Darkest Hour, allowing her to machine-gun victories from nowhere when combined with Altar of Dementia or Blood Artist!

Anguished Unmaking– So this may cost 3 life as well as 3 mana, but at instant speed, you can exile any non-land threat on the board. Simple, and amazing. While it has a higher downside than Vindicate (isn’t as flexible as it either), instant speed combined with exile over destroy makes it inch over in my opinion, as life is less important in commander, and graveyard abuse is a common strategy in Commander  (isn’t that right, Crazy?).

Vindicate– There’s a theme here involving 3 mana removal…. Sorcery speed, but can destroy land! This is super important when against decks like mono green or black, which have juicy Cabal Coffers or Gaea’s Cradles to obliterate!

Merciless Eviction– It might cost 6 mana, but this is the most versatile board wipe you’re gonna get, and it exiles! Makes artifact/enchantress decks cry, and is one of the best ways for any decks to deal with multiple planeswalkers!

Debt to the Deathless– So you build up your mana, sit back, let your opponents hurt each other, then BOOM! You drop this, and win! While more colour restrictive than Exsanguinate (an unmistakable favourite), this card also only needs just over half the mana investment for the same effect!

Well, there’s a quick look at Orzhov in edh! Hopefully you’ve enjoyed the article, maybe it’ll inspire you! But for now, thanks for reading, and it’s bye from Yami!