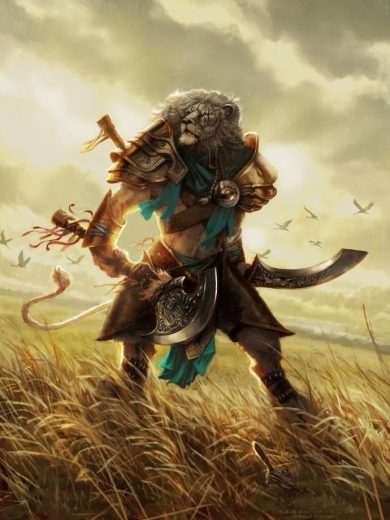 Welcome, all, to another edition of Slice of (Colour) Pie! This week I’ll be having a drink with everyone’s favourite Goldmane, Ajani, to discuss the Selesynian colour combination of White/Green!

White/Green is a fun colour combination, with some powerful creatures and the potential to make a very big board, as well as being home to a very specific commander, who we will get to in a bit….

But first, let’s dive straight in to what makes this colour combo great, and what to keep an eye on! 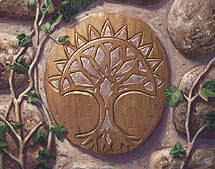 White/Green has a lot of creature potential. If you want a token deck, this is almost definitely the way to go (Unmistakable sums it up quite well in his Token Top 5), with access to cards such as Avenger of Zendikar, Rhys the Redeemed, Martial Coup, and Nissa, Voice of Zendikar (to name just a few) it is easy to build a dedicated token deck in these colours. There’s even a choice of token based commanders, with the aforementioned Rhys the Redeemed, and also Emmara Tandris, allowing you to choose slightly different token routes!

In addition to the heavy token possibilities, Green/White also packs a hefty artifact and enchantment removal suite, with Aura Shards, Naturalize, Reclamation Sage, Aura of Silence, Disenchant, and Harmonic Sliver (with many more out there too), and whilst it doesn’t have the largest creature removal suite, it does pack Path to Exile and Swords to Plowshares, as well as cards that let your creatures fight your opponents creatures, such as Dromoka’s Command and Hunt the Weak. The white splash is also helpful to control the board, through cards like Wrath of God or Final Judgment.

This combination even offers plenty of tutors, in way of Eladamri’s Call, Chord of Calling, Enlightened Tutor, and newcomer from Hours of Devastation, Uncage the Menagerie, which, at X equals 4, can be used to tutor for Trostani, Selesnya’s Voice, Restoration Angel, Felidar Guardian, and any other 4 mana creature, to then generate infinite life (Restoration Angel and Felidar Guardian can flicker each other to create infinite creatures entering the battlefield, each one triggering Trostani’s life gain ability!). Shout out to one of my favourite colour hungry tutors Congregation at Dawn – a bit intensive for anything above green heavy 3 colour decks, but guarantees a few turns of sweet plays!

Being the primary colours of hatebears (like Thalia, Guardian of Thraben, Gaddock Teeg, or Aven Mindcensor), this colour pair is also great for stax! With enough hate you can very quickly find yourself locking players out of the game, especially in combination with white’s potent selection of hate enchantments like Stony Silence or Rest in Peace! 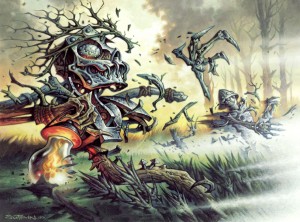 Whilst Selesnya has a lot of strengths, it does still have it’s weaknesses too. Despite packing some of the strongest creature removal in the game (Path to exile, Swords to plowshares, Wrath of God) it doesn’t really access to that many creature removal spells, which can mean other opponents creatures can cause you some trouble. In addition to this, Green/White is often seen as a more mid-range colour combination, being slower to start up despite having access to all of green’s ramp (There are exceptions, which lead back to that special commander I mentioned in the intro!).

White/Green also has almost no access to counter spells (while I LOVE catching people off guard with Avoid Fate or Mana Tithe, they don’t make that great of a counter suite), making it more difficult to pull off extravagant plays at a table with any blue mages, however clever play can often solve this issue! 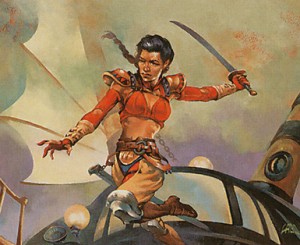 Captain Sisay. I’m sure you’ve all heard the stories ‘They cheated all their stuff out’, ‘they killed all my land’…. Just ask Unmistakable, he runs Sisay himself (and I’m sure he’ll treat us to that wonderful deck tech in the future!). Sisay’s ability, combined with her low mana cost, make her a formidable commander to have at the table, enabling long lines of play that tutor up hate, stax and win cons like nobodies business! She can find Yisan, the Wanderer Bard, who in turn can find Quirion Ranger, who can untap Sisay or Yisan to tutor for something else (lets say Gaea’s Cradle) and before you know it, the game is completely out of hand and the Sisay player has exactly what they need to win. Sisay is extremely powerful, but also extremely competitive. If you plan on taking her to a casual table, you’re going to lose friends faster than you make them, but if your play group like some high powered games, I can’t recommend her enough!

Potential Commanders and Other Staples 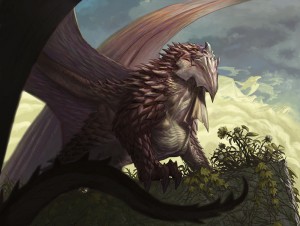 I’ve already mentioned Sisay, but there are plenty of other great cards in Green/White that deserve some attention, so lets take a look shall we!

Dragonlord Dromoka – A more recent general, this guy has a decent body and a set of wings, whilst also stopping your opponents from casting spells during your turn (take that, blue players!) Her ability effectively makes you immune to counter spells, so if you’re looking to use some combos, she’s your woman….Dragon…..thing…

Gaddock Teeg– Teeg is often seen as ‘in the 99’, especially in Sisay decks, but he can be a commander in his own right, if built correctly! His ability shuts off X spells and non-creatures of CMC 4 or greater, making it much more difficult for stompy decks, or even some combo decks, to be able to win, and even if he gets killed quickly, he’s usually bought you time, and wasted your opponents answers! When combined with answers that hate on small spells like Sanctum Prelate or Chalice of the Void, he can very easily shut off your opponent’s decks entirely!

Sigarda, Heron’s Grace– Despite being an angel herself, I think it’s fairly obvious she wants to be leading a human tribal deck! Making all your humans, and yourself, hexproof, is a powerful effect, and could help you win games easily (combine with unfortunately not human Gaddock Teeg and shut off most (damn Toxic Deluge) board wipes and

Trostani, Selesyna’s Voice– I mentioned this girl a little earlier, but she’s great for a token build – both enabling you to create a bigger board, and also gaining you life when you drop creatures to help you sustain yourself long enough to be able to just swing and delete someone!

Karametra, God of the Harvest– So she might not always be a creature, but she’s indestructible, and she does a pretty fine job of letting you ramp! Note that her ramp ability does not state basic, so go find those shocks! Unmistakable is quite the fan of her too, as he mentions in his Theros Gods article!

Aura Shards– This is a great card to slow your opponents down, and is a solid existing threat of targeted removal as long as its out! Especially when combined with token generators, this is a pain for ramp decks or combo decks that lean heavily on their mana rocks!

Fracturing Gust– Did someone say mass artifact and enchantment removal? it hybrid mana so its easy to cast, it decimates enchantment and artifact heavy decks, and it even gains you life for the trouble!

Growing Ranks– You’re building a token deck, and you want more tokens? How about more tokens every turn? Yes please! Combine these with the big tokens GW gets like from Armada wurm or Voice of Resurgence and you’re laughing!

Doubling Season– This (along with Parallel Lives) is great in token decks, effectively giving you buy one get one free on everything you do! Who doesn’t love an offer like that? Interesting note for the Season Is that it also doubles walker counters, allowing you to ult planeswalkers straight away (making a ton of bodies with Garruk, Primal Hunter seems like a shout in a token deck!)

Privileged Position– So you’re in a removal heavy meta you say? How about you give everything Hexproof? Protect this card with a Greater Auramancy and youve got yourself a stew going! Can’t touch this…

Eladamri’s Call– Tutor for any creature, and put it in your hand? Why yes, I’ll find my win con, thanks Eladamri! Doesn’t care about mana cost like Fierce Empath, and puts it in your hand, which Worldly Tutor doesn’t quite do, it makes it an instant include in most GW decks I build!

So there’s my quick look Green/White in edh! Hope you’ve enjoyed the article, and if it’s inspired you to build a Selesnya deck yourself, please do let me know! But for now, it’s goodbye from Yamikarac!