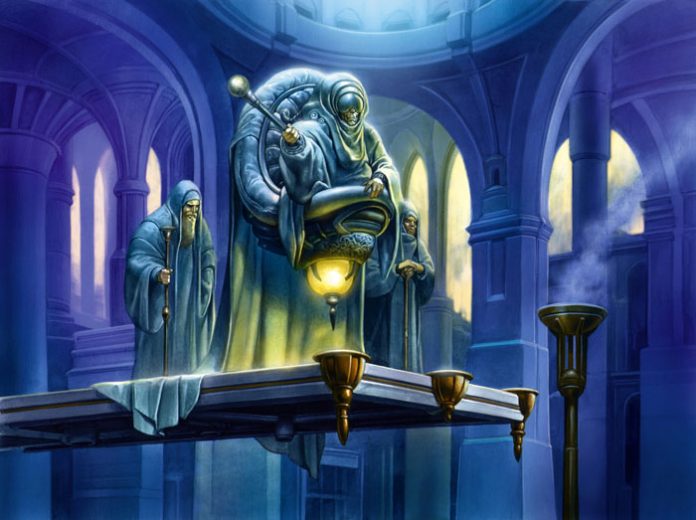 Hey everyone, and welcome to another instalment of the colour pie, where me and my buddy Dovin will be talking about the usage of Blue/White, or Azorius, in edh! 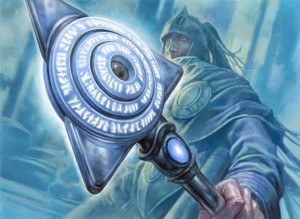 Blue/White is one of the most powerful colour combinations in the game, with plenty of card draw, removal, counter spells, control, and even combos. In our little Rain of Salt meta, there are two of us with dedicated Blue/White decks (Guilty – Unmistakable), as well as a couple of decks that include those two colours together, along with another colour or two!

Strengths, and playing to them 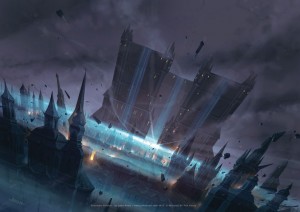 Blue/White has a lot of strengths in commander, and is probably one of the most powerful colour combinations out there (barring GB, and probably UB too)! Board control is easy, with cards such as Supreme Verdict and Wrath of God, whilst also having access to Cyclonic Rift and Terminus. In addition to this, the blue allows the use of counterspells such as Render Silent, Counterspell or Force of Will to further increase the control game, making it difficult for your opponents to get near you! Detention Sphere allows you to keep the board further under control, and if you want to make sure your opponents creatures stay dead, there’s Path to Exile and Swords to Plowshares, not to mention hate cards like Rest in Peace for those pesky re-animator decks (Eh, Crazy?), or Stony Silence for Artifact decks. Card draw is easy too, with access to blue’s regular suite like Fact or Fiction or Rhystic Study, plus Sphinx’s Revelation; and did I mention the tutor package? Mystical Tutor, Enlightened Tutor, and Steelshaper’s Gift are all there! To top off this incredible control game, Azorius has some great taxing effects, including one of Unmistakable’s favourite commanders, Grand Arbiter Augustin IV (Pluggity plug – Unmistakable).

Stax and control are both more than viable options for this colour combination, and you can even play an artifact build rocking Hanna, Ship’s Navigator at the helm! There’s also Brago, King Eternal if you like staxy combo, or even just flicker shenanigans! 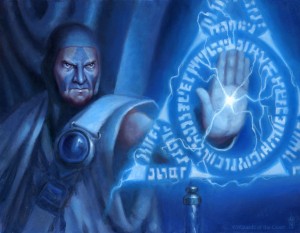 Now here’s a section I might struggle with a little (Much like my Green/Blue article last time). This is another of the more powerful colour combinations, and as I’m sure you can see from the list of strengths, there’s not too much blue/white can’t do; However, nothing is perfect!

If you’re after big stompy creatures, this isn’t for you. Whilst Azorius doesn’t completely lack large bodies (Consecrated Sphinx and Sun Titan certainly hold their own), they definitely aren’t something it favours. In addition to this, many of the stronger blue/white decks rely on artifacts and enchantments to keep the cogs turning, and this can make them weak to green and red’s artifact and enchantment removal spells. However, you will find that with the right opening hand and the correct plays, these weaknesses are fairly easy to play around, just keep your eyes on your opponents and dont let your guard down! 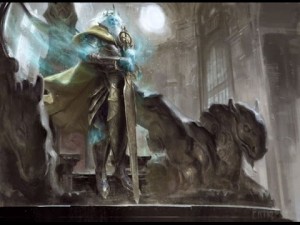 Now here’s a section that should be fun! There are loads of great cards that I could list here, so I’ll keep it to the cream of the crop, so to speak!

Grand Arbiter Augustin IV– Here’s a commander that generates groans, moans and the odd ‘I was hoping to play magic today’, and I’m pretty sure that’s why Unmistakable loves him so much! Not only does GAAIV make your opponents’ spells cost more, but he makes yours cost less, so it’s even easier to cast those counter spells!

Brago, King Eternal– Onto one of my commanders now! This guy opens up a whole other avenue of blue/white; Combo stax. Brago’s ability to flicker any (or all) of your nonland permanents is insane, essentially giving him vigilance, whilst also allowing you to basically untap all your mana rocks whilst keeping the rest of the table locked down with a Winter Orb, until you’re able to get Strionic Resonator down. From there, you can copy Brago’s flicker effect to generate infinite into infinite card draw, or combine him with cards like Rishadan Brigand to make your opponents sacrifice all their permanents!

Detention Sphere– This is a better Oblivion Ring in most cases (barring flicker shenanigans), allowing you to exile target permanent, whilst also hitting anything with the same name, assuming your opponents share card tastes (or run tokens, the filthy heathens)!

Render Silent– So, not only does this beauty counter a spell, but it stops the spells controller from casting anything else that turn either! Put together, this makes it a fantastic way to lock somebody out of a combo turn, or ensure that you turn can continue uninterrupted. Even if it gets answered, you dragged a second answer out of their hand!

Venser, The Sojourner– This guy was my first ever Planeswalker, and thus has a special place in my heart. He also has so much potential. +2 to flicker something you own is great, and synergises great with Brago, as does his -1 to make creatures unblockable. And as for his -8, well. If your opponents let that happen, it’s probably game (and I’ve had a table concede to it before (More than once. Ouch. – Unmistakable)).

Sphinx’s Revelation– A card that once dominated standard, this card has some great flexibility thanks to it’s X cost, and drawing cards and gaining life are both very useful effects. Being able to refill your hand at instant speed if brilliant, especially when you find that counterspell you needed to stop your opponent winning!

Supreme Verdict– Day of Judgment that can’t be countered? Sign me up! While colour intensive, this often ends up being an auto include over it’s mono white cousin, and any UWx deck is usually happy to have this unless 1) they aren’t heavy on white, or 2) they run in a meta with zero counters at all; not very likely, but it could happen!

Lavinia of the Tenth– Both as a commander, and as one of the 99, she is great! Imagine dropping her, and then using Brago to repeat her entry effect every turn and lock out all your opponents’ cheap cards? They’ll hate you, but they’ll struggle to deal with you! A splashy disruptive effect that hits all the cheap mana in the format, there’s really no reason to not run her in any UW creature based deck in all but the most competitive metas.

Hanna, Ship’s Navigator– A popular commander for artifact or stax decks, Hanna allows you to keep bringing back the artifacts your opponents have had to get rid of once already; They’ve finally got rid of that Winter Orb? Or that Tangle Wire? Hanna says “I’ll have that back thanks”.

Narset Transcendent– Her +1 is at least card knowledge before you use a fetch land, and at most card advantage, and that’s pretty good. Her -2 allows you to get double the usage out of your instant and sorcery cards, and that’s great. her -9 though… well that stops your opponents from playing the game, that’s down right awesome. While it’s never good to judge a Planeswalker by their ult, her really high starting loyalty (6? On a 4 drop walker? really?) makes her incredibly durable under scrutiny.

So, there you have it guys – a quick break down of another of magic’s most powerful 2 colour combinations in edh! I hope you’ve enjoyed the article, and if there are any other cool blue/white cards you like, or if you have any interesting deck lists you’d like to share, please let me now! But for now, its bye from Yami!