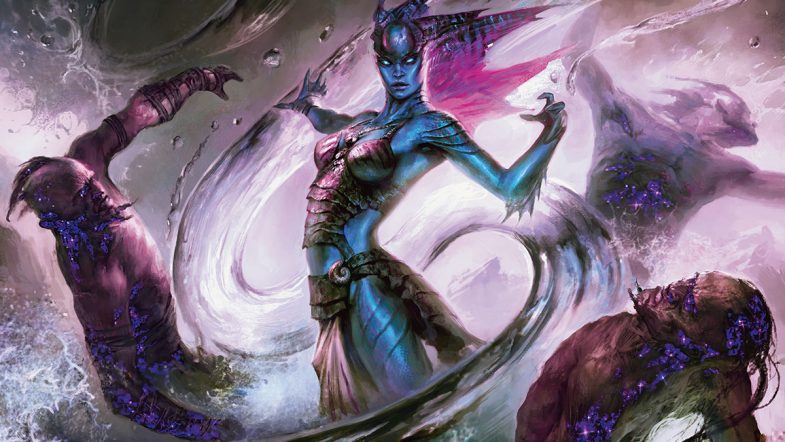 Welcome back, Ladies and Gents, to another edition of Slice of (Colour) Pie! This week I’ll be sharing some seafood with my friend Kiora whilst we discuss one of the more powerful two-colour combinations in EDH; Green/Blue!

Simic is a powerful colour combination with a lot of options, allowing players to have a lot of fun both brewing/deck building, as well as playing the game! Now I’d like to quickly give an honourable mention to an MVP of days gone by, Prophet of Kruphix. As much as I miss that card in commander, it’s a prime example of what makes this colour combination so powerful! So without further ado, let’s get into the Simic lab!

Strengths and playing to them 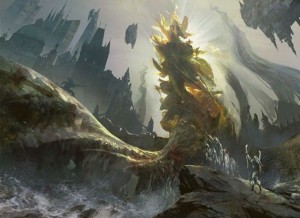 Right off the bat I’ll say this colour combo has a lot of strengths. Blue/Green is amazing at card draw, with cards like Urban Evolution allowing you to draw cards and play additional land! Producing this extra land works great for cards like Blue Sun’s Zenith, allowing you to draw as many cards as you can sink your mana in to! Card advantage, as well as mana, is key to keeping ahead of your opponents! Green is the colour of ramp, along with dorks, and there is no end to the number of cards that let you tutor for land, or produce mana, from Rampant Growth to Birds of Paradise, this combo has it all! Blue also gives you access to counter spells, and the simic guild have some really cool ones, from Voidslime that lets you counter abilities, Mystic Snake, a counter spell on a creature!

In addition to this, Simic also has the keyword ability ‘Evolve’, that allows you to put +1/+1 counters on creatures when other, bigger creatures enter (I’m sure Unmistakable will have some fun doing the Under The Hood on that one!) and in particular, Fathom Mage is amazing, allowing you to draw cards when it evolves! This key word allows for a more creature based deck, should you wish to go down that route! Bred for the Hunt works wonders in a deck like that, as evolve gives your creatures counters, and then when they hit, you get to draw even more cards!

Also to note is greens access to both artifact and enchantment removal, with cards such as Natural State, Nature’s Claim, and even Acidic Slime allowing you to remove any non-creature threats you might face!

Finally, this colour combination opens up access to multiple infinite combos. Just blue alone allows a player to run Deadeye Navigator and Palinchron to generate infinite mana, and you can sink that into a Stroke of Genius to make an opponent deck out! If you want a back up for that combo, green allows you to substitute Deadeye Navigator with Vorinclex, Voice of Hunger, or you could soulbond that Deadeye to an Eternal Witness, throw a Time Warp into the mix, and make infinite turns! Or if you’d rather kill your opponents with creatures, use that infinite mana in conjuction with Sprout Swarm for infinite saprolings (Maybe even drop a Craterhoof Behemoth to make sure that damage gets through!). Kiora’s Follower can generate infinite untaps when equipped with an Illusionist’s Bracers , which could lead to any number of game ending combo’s….. The list goes on, and there’s reason I love this colour combination so much!

Weaknesses and what to look out for 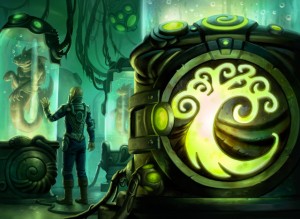 Honestly, this section is somewhat hard to write. The biggest weakness Green/Blue seems to have is creature removal, lacking the outright destroy or exile effects of black and white, or the burn of red. Blue can bounce things, but your opponents can cast them again, and greens best chance is to make creatures fight each other (See Prey Upon). In line with this, the only real board wipe in these colours is Cyclonic Rift, which whilst amazing, isn’t a permanent fix! Other than that though, this is arguably the most powerful two colour combination in commander. It all comes down to how you build the deck; A creature heavy deck will always be weak to board wipes for example, but if you pack just enough counter spells, you can usually avoid that happening! What I will say, is that a lot of the commanders tend to play fairly similarly, offering card draw and creature buffs, but there are always options, as I’ll look at below!

Here is a section that could get very long, so I’ll try to keep it to the really good stuff! There a fair few powerful options for commanders in this colour combination, and it all boils down to what you want to build!

Kruphix, God of Horizons: Some of you may have read Crazy’s No Cash Commander article on this guy recently (if you haven’t, I recommend it!). That is one of a few ways to utilise Kruphix! He’s indestructible for a start, which makes him really hard to get rid of, and his ability to stop mana from draining from your mana pool is incredible! With the right build, you can generate infinite mana, and then continue the game with him on board and just have a never ending supply of colourless mana to sink into you X spells later on! (Stroke of Genius or Green Sun’s Zenith spring to mind!). Or if you want to go big and stompy, why not drop some Eldrazi titans?

Edric, Spymaster of Trest: Back to that card advantage! This guy is really cool, because not only does he allow you to draw yourself more cards, but he also gives your opponents incentive to attack each other before they attack you, allowing you to quietly prepare your infinite combos! He can be used politically if played properly, whilst also allowing you to gain massive advantage without your opponents getting to angry at you! Edric can be quite a notorious commander however, with some decks being very high tier (Edric Flying Men seems fairly popular!) So that might be something to be aware of when building  deck around this guy!

Rashmi, Eternities Crafter: Now here’s one I’d love to experiment with! I feel like if you build around Rashmi’s ability, it could be incredible; Scry lands, cards like Sensei’s Divining Top to manipulate your top card… It’s like playing Cascade without the key word! It’s pure card advantage at the very least, and I think it could be a really fun project to build (anyone with a Rashmi list that would like to share, please do comment, I’d love to see your ideas!)

Momir Vig, Simic Visionary: Not dissimilar to Rashmi, Momir Vig also uses top deck manipulation, but in a much more creature heavy way! One of the oldest of the Green/Blue legendary creatures, it’s certainly not hard to find a multitude of deck lists based around this guy!

Kydele, Chosen of Kruphix: This guy screams ‘Draw cards, get mana’ in the most blue/green way imaginable! He also has the new partner ability (Just like Thrasios, Triton Hero), so you have the option to team him up with someone else and add some more colours to the mix!

Worldly Tutor: This card is amazing in almost every green/x deck. One mana to tutor for any creature you like at instant speed? Every time.

Mystical Tutor: A sense of Deja Vu? It’s the same story here as above, only it’s blue and it find’s instants; why yes, I’ll find a counter spell ready to protect my combo next turn!

Biovisionary: So you wanted a win-con that was fun, wasn’t an infinite combo, and felt rewarding when you pulled it off? May I present to you, Mr PleaseCloneMe. There are so many ways to win with this guy, from Rite of Replication to Clone and Stunt Double. If you plan to win with this guy, I suggest a build around (look at those tutor cards I just mentioned!)

Kiora, Master of the Depths: I couldn’t talk about Simic and not mention the good version of Kiora! She can untap your stuff, gains you card advantage, and if you can pull off her ultimate, you’ve even solved your creature removal problems! Whats not to like?

Prime Speaker Zegana: Another card advantage creature, it’s like there’s a theme here….. I like this one because it synergises so well with the evolve mechanic, and Simic’s many ways to pump up your creatures. This guy can enter as a monster and fill up your hand in one go, a win/win in my books!

Unexpected Results: I just had to mention this one. It’s not exactly amazing, but it’s so much fun! It can get you a free card (albeit at random) or it can get you a free land and another roll of the dice! Plus, it lets you shuffle your deck, which can be pretty helpful!

So there we have it, a quick run-down of Green/Blue in Commander. I could have listed so many more cards that I think work well, but I’d have never finished the article! I’d love to see what cards you love in Simic, and if I inspire anyone to build a deck, I’d love to see what you come up with! As always, comments and feedback are welcomed, if you enjoyed my article or have something to say, please get in touch! But for now, it’s bye from Yamikarac!