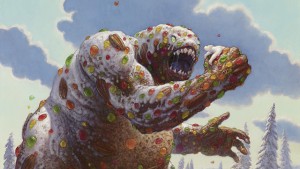 Hi all – Crazy here with a celebration post. We managed to keep doing this for an entire year!

So I thought it would be nice to do a rundown of some of the more notable posts from this year and see where we’ve come from and where we plan to go from here.

Facebook likes? – 28 (But you can always help us increase that number)

Times I got salty playing commander? – Far too many

Times it was caused by Unmistakable? – About 25%

He’s not been with us long but has posted some fairly commanding hits on here so far – In fact his Riku of the Two Reflections deck tech is the single most popular full-powered deck tech on the entire site! He’s also planning on continuing his series discussing the colour pie when he can think of more colour-related food puns. He’s also cooking up another full-blooded deck tech at some point in the near future revolving around his new pet commander project.

He may be on a bit of a hiatus right now but fans of the good doctor will know all about his Thermo-Alchemist build, which hit the shelves shortly before it took off in the standard pro tour at the time – It was so good, in fact, that despite being posted almost 8 whole months ago it is STILL the 3rd most viewed article on the entire site! Kaladesh may not have tickled his fancy but we’re holding out strong hope for Amonkhet so far and the return of Dr. Jank.

Easily the writer around here with the most articles to his name – 28 separate articles across 6 of our main series, 4 of which are his alone – Considering we only have 59 posts overall it’s quite fair to say that without Unmistakable this would be a fairly barren blog. Recently his most successful posts have been from his new “Under the Hood” series, where he discusses mechanics like Evoke and Prowl and turns them into decks. His current blog projects are to have some tech dedicated to each and every commander (See his Point of Synergy series) and also each mechanic.

As regulars may know, I mainly author the popular No-Cash Commander series – Where I make fairly powerful decks for less than it’ll cost you to buy a new videogame. The most wildly successful of these so far has been my Ruric Thar Anti-Control deck, which is also the most viewed article on the site by a margin of over 1000 views. My current goal? Beat that. Not sure how yet, but if you have any ideas don’t be afraid to let me know. I also make the Legendary Encounters series once a set – So you can expect the Amonkhet edition of that real soon.

Could we have done better?

God yes. For starters, there was a pretty nasty hiatus taken this year by all of us between September and January that I, for one, would like to avoid happening again. We’re pacing ourselves a bit better now so that we don’t burn out again but another part of it is improving the quality of our content – which we’ve already taken leaps and bounds in.

Life goes on of course – We’re pretty happy with what we’ve achieved here at the blog so far but we’re always looking to take it further. One thing we’re thinking of doing this year is try and stream a commander game or two if the interest is there – So if you would be interested in watching us attempt to livestream a game or two or if you have any other ideas for future things you’d like to see us do, give us a shout on Facebook, Reddit or down in the comments below – If we know there’s interest for something we’ll definitely look into it!

While not my article, just sliding in  to express my gratitude to each and every person who has read one of our articles. When I write for this blog, I like to think we all aim to educate and entertain. To still be kicking ass after a year (and counting, we’ve got tons lined up for you guys) blows my mind. I’ve got so much I want to say to you all, I hope you’re all as excited as I am and will be with us every step of the way. Lessons have been learned, and we’re not done yet. A year from now we’ll look back, older and wiser, fresh with ideas to keep writing about the game we love to the community we love. You guys are awesome, thank you for all your support! – Unmistakable

Here’s to another year of salt – Crazy out.